10 Things You Didn't Know About The Zambezi River

10 Things You Didn’t Know About The Zambezi River

10 Things You Didn’t Know About The Zambezi River

One of the most fascinating rivers in Africa, the Zambezi is not only a major tourist attraction, but a lifeline and constant source of income for millions. Traversing a wide variety of landscapes, and overcoming various obstacles along its lengthy journey, it is truly a gem of the African continent.

Celebrating this iconic river, we have put together a list of little-known facts:

With a total catchment basically covering 1 390 000km² and a length of approximately 2700km, the Zambezi River is ranked fourth when it comes to largest rivers on the African continent. It follows The Nile, The Congo/Zaire, and the Niger. 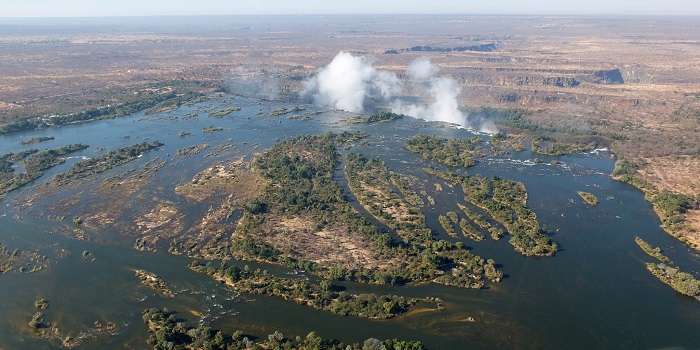 2. It flows through six countries

En-route to the Indian Ocean, the Zambezi flows through a grand total of six countries in total: Zambia, Angola, Namibia, Botswana, Zimbabwe, and Mozambique. It spends the most amount of time in Zambia, and the least in Botswana. Interestingly, the river forms the border of Zambia and Namibia, Zambia and Botswana, and Zambia and Zimbabwe.

3. It’s source is in Zambia

The Zambezi River originates in the Mwinilunga District in north-west Zambia, 1500m above sea level. More specifically, the source is a marshy black wetland, known as a dambo, in the centre of the iconic Miombo Woodlands.

4. It flows over several waterfalls 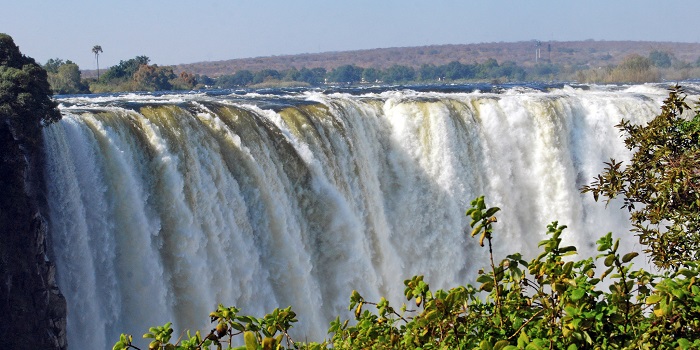 By far the most notable feature of the Zambezi River is the mighty Victoria Falls – one of the Seven Natural Wonders of the World and World Heritage Site. Not to be disregarded, other well-known falls over which the river cascades are the Chavuma Falls in north-west Zambia, and widely inaccessible Ngonye Falls in western Zambia.

5. It has surprisingly few bridges

Despite its impressive length, bridges crossing the Zambezi are few and far between. Notable crossings include the Otto Beit Bridge at Chirundu in Zimbabwe, the historic Victoria Falls Bridge, the Katima Mulilo Bridge between Namibia and Sesheke in Zambia, and the Tete Suspension Bridge in Mozambique. 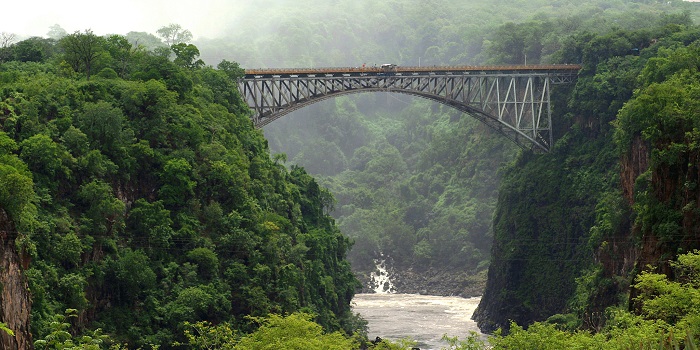 The Kariba Dam (or Lake Kariba) in Zimbabwe, and the Cahora Bassa Dam in Mozambique are both man-made dams constructed to provide hydroelectic power to Zambia and Zimbabwe, and Mozambique and South Africa respectively. 200km from Victoria Falls, Kariba is the world largest man-made lake – 226km long and up to 40km in several places. Cahora Bassa, on the other hand, is an arch dam with a length of 171m and a maximum width of 303m.

7. It’s protected by the Nyami Nyami

Described as having the head of a fish and the body of a snake, the Nyami Nyami is the guardian and God of the Zambezi River Valley, and one of the most important deities of the Tsonga people. 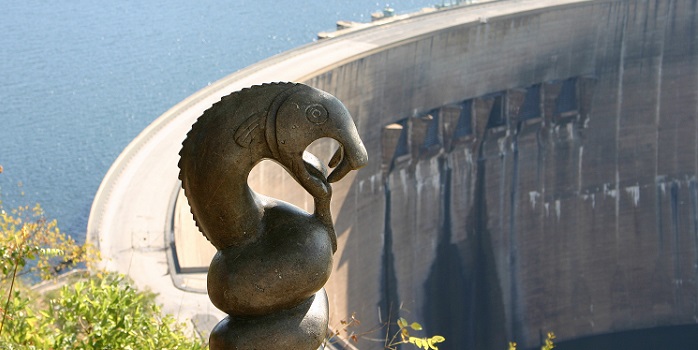 8. It used to flow through the Makgadikgadi Pans

Over two million years ago, the Upper Zambezi used to flow through what is now the Makgadikgadi Pan in Botswana. However, as a result of tectonic uplift, a vast lake was formed, and the river shifted eastwards. 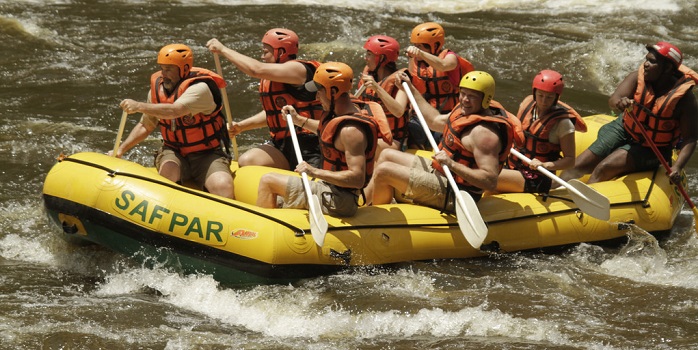 The Zambezi River is home to arguably the world’s best and most thrilling one-day white water rafting. Just below the Victoria Falls, 24 fearsome rapids have been formed in a stretch of river that winds its ways through the Batoka Gorge. The rapid range from Grade III to Grade V – the highest commercial grading possible. Battle your way through rapids such as The Devil’s Toilet Bowl, The Gnashing Jaws of Death, Morning Glory, Oblivion, and The Ugly Stepsisters.

10. It provides nourishment for endless wildlife

Due to the fact that the Zambezi River runs through many game reserves and national parks, it provides sustenance to a diverse array of game, birdlife and fish species. Wildlife to be spotted on a game drive along its banks, or a cruise within its waters include elephant, hippos, crocodiles, water buck, buffalo, zebras, and even lion.

To find out more about this fascinating water course, or to book a range of Zambezi River activities such as tiger fishing, white water rafting, canoeing, river boarding, and sunset cruises, simply contact Ilala Lodge on reservations@ilalalodge.co.za, or phone +263 13 44737.