Everything You Need to Know about the Victoria Falls Bridge

Everything You Need to Know about the Victoria Falls Bridge

As a holiday destination, Victoria Falls is simply the ultimate all-round experience. From the impressive scenery to the abundant wildlife, the world-famous adrenaline activities and strong local culture, there is so much on offer in Africa’s adventure capital. After viewing the spectacular Victoria Falls, one of the Seven Natural Wonders of the World, the second most popular landmark in the region is the Victoria Falls Bridge. While it is the stunning natural beauty of the Victoria Falls that takes your breath away, it is the man-made magic of building a bridge across an enormous chasm that really blows your mind! 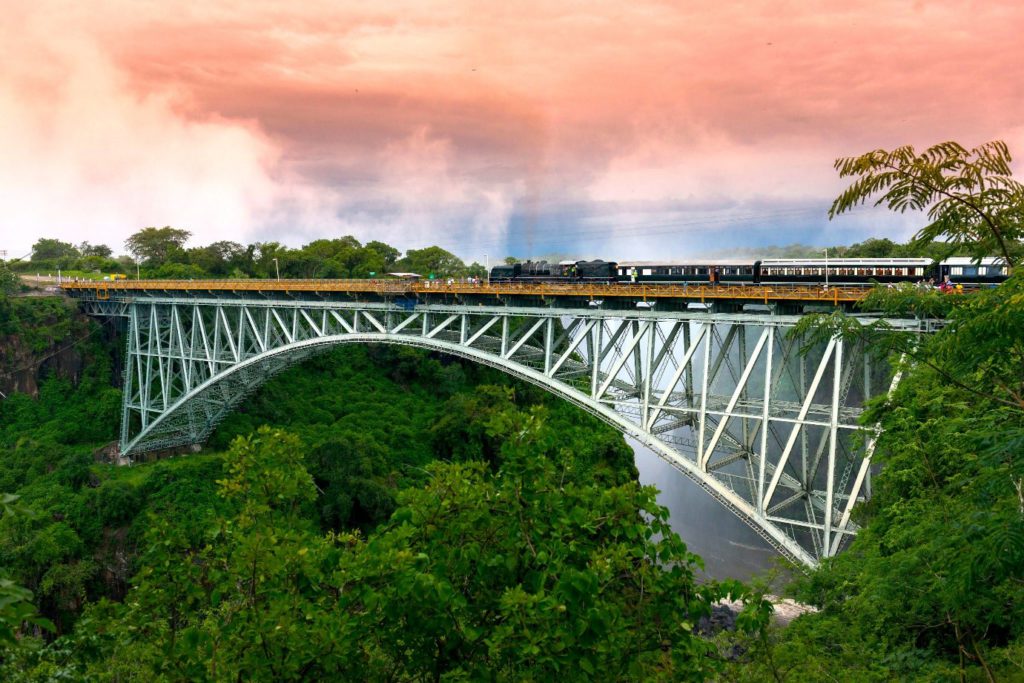 Connecting the two towns, Livingstone in Zambia and Victoria Falls in Zimbabwe, the Victoria Falls Bridge was the dream of one man, Cecil John Rhodes, where his vision was for Africa to be connected from Cape-to-Cairo with a continuous railway. The legend is that he instructed engineers to “build a bridge across the Zambezi where the trains, as they pass, will catch the spray of the Falls”. When you think that this construction began in the turn of the century, in 1903 it really is awe-inspiring.

The Bridge was designed by George Andrew Hobson from consultants Sir Douglas Fox and Partners, who was assisted by Ralph Freeman, a designer of the Sydney Harbour Bridge. The Bridge was built in Great Britain by the Cleveland Bridge & Engineering Company and assembled in Victoria Falls. Construction only took 14 months and was completed in 1905. Although the building of the bridge was the vision of Cecil John Rhodes, sadly he in fact never visited Victoria Falls and died before construction began in 1902. However, it is fair to say that his vision was completely realised – not only is The Victoria Falls Bridge today is the only rail link between Zambia and Zimbabwe – but is a magnificent landmark and one that is sprayed, during the high-water season, by the Victoria Falls. 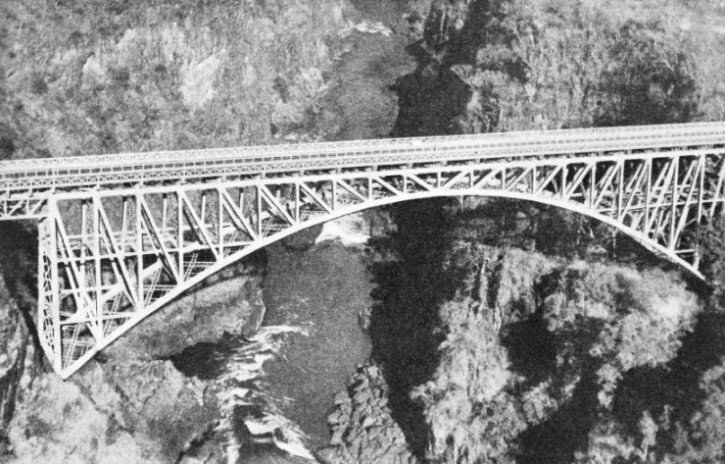 “It was the concept that was bold, to the point of arrogance: to build a modern steel bridge supported by a single slender span here, in the middle of the deserted jungle…” Grogan and Sharp, Cape to Cairo. 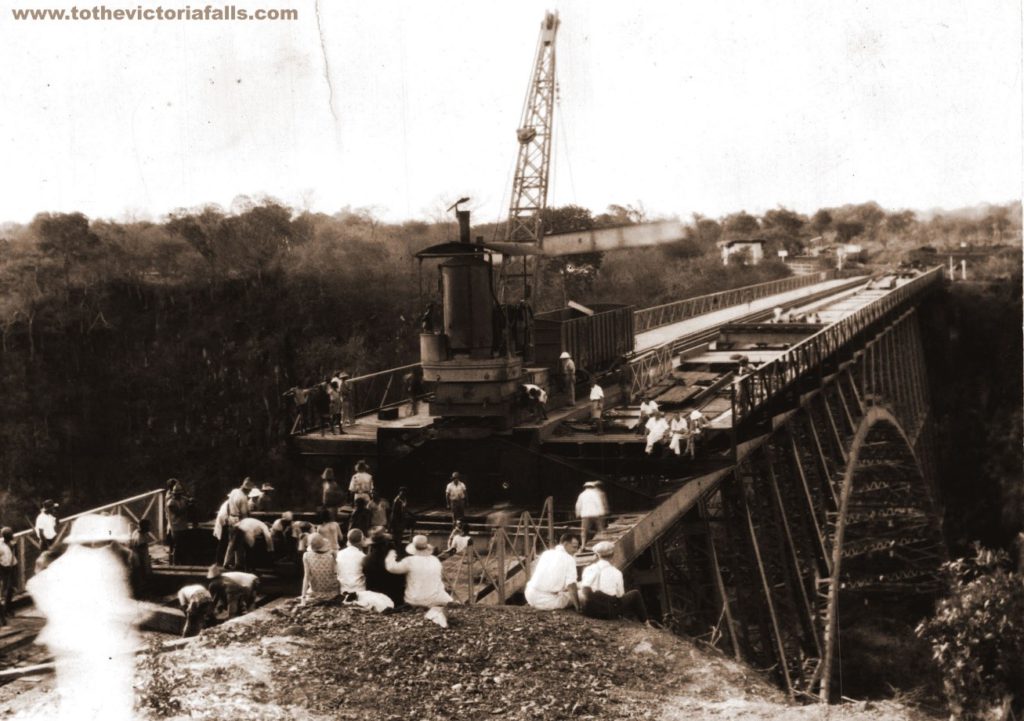 Fast Facts about the Bridge

• It spans 156.50 meters across the Zambezi River, just below the Victoria Falls.
• The bridge is impressive 128 meters high and 198 meters in length.
• 1,500 Tons of steel work was used to construct the Bridge.
• The bridge was originally referred to as the Great Zambesi Bridge.
• At one time during construction, there were 400 people working on the bridge.
• In 1930 the deck was raised by 5 feet and widened to accommodate a road for motor vehicles. 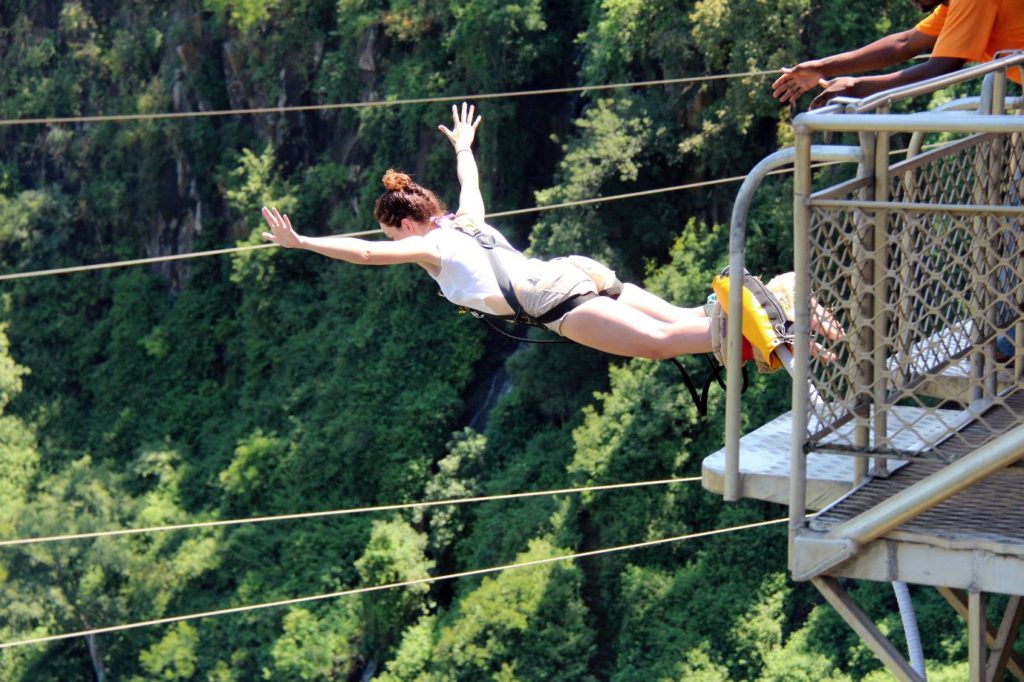 What can you do at the Bridge now?

• A thrilling 111-metre Bungee Jump off the bridge for the adrenaline junkies.
• A visit to the railway museum near the Victoria Falls for railway enthusiasts.
• A historical tour of the Bridge where you learn about the history and construction behind the bridge. The tour includes a guided walking under the main deck.
• Hop aboard an authentic steam train, sip champagne and journey above the bridge in colonial splendor surrounding by spectacular views.

Email our tours desk at raikane@ilalalodge.co.zw to book these activities. We look forward to helping you plan your perfect Bridge experience when you are next in the Victoria Falls. 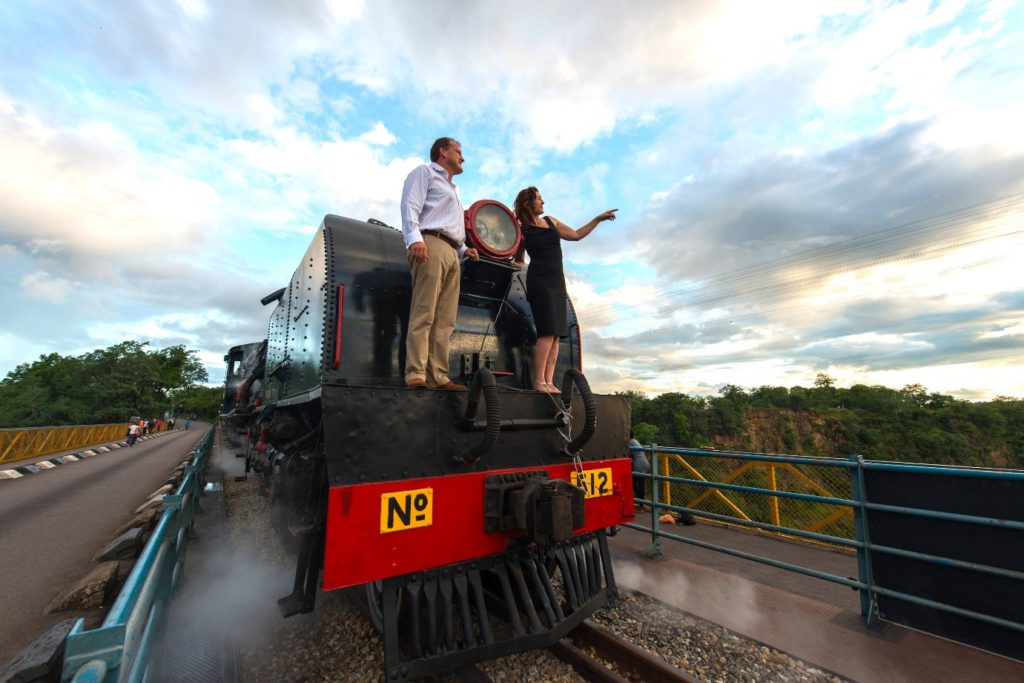