The hospital was in desperate need of linen donations which would be used to dress the beds of the Maternity Ward of Victoria Falls District Hospital. In swift response, Ilala Lodge Hotel sourced 120 pillowcases and 71 duvet covers and sheets that no longer met the hotel’s standards, though were still adequate for use.

Working alongside the Hwange District Residents Association the hotel delivered the donations to the hospital. Sister Patience Lagube received the linen on behalf of the District Medical Officer, Head Sister.

The linen will be used across the ward to dress the beds that are available to the high number of mothers who visit the hospital.  New and expecting mothers present during the donation were also delighted to see the arrival of the linen, knowing this would make their stay, and many mothers to follow, more comfortable during their prenatal, delivery and antenatal care at the hospital.

The dedicated team of midwives at the Maternity Ward of Victoria Falls District Hospital work tirelessly to safely deliver over 100 babies per month. As part of our #IlalaCares initiative, we look forward to continuing to support the Victoria Falls Hospital and other worthy causes wherever we can. 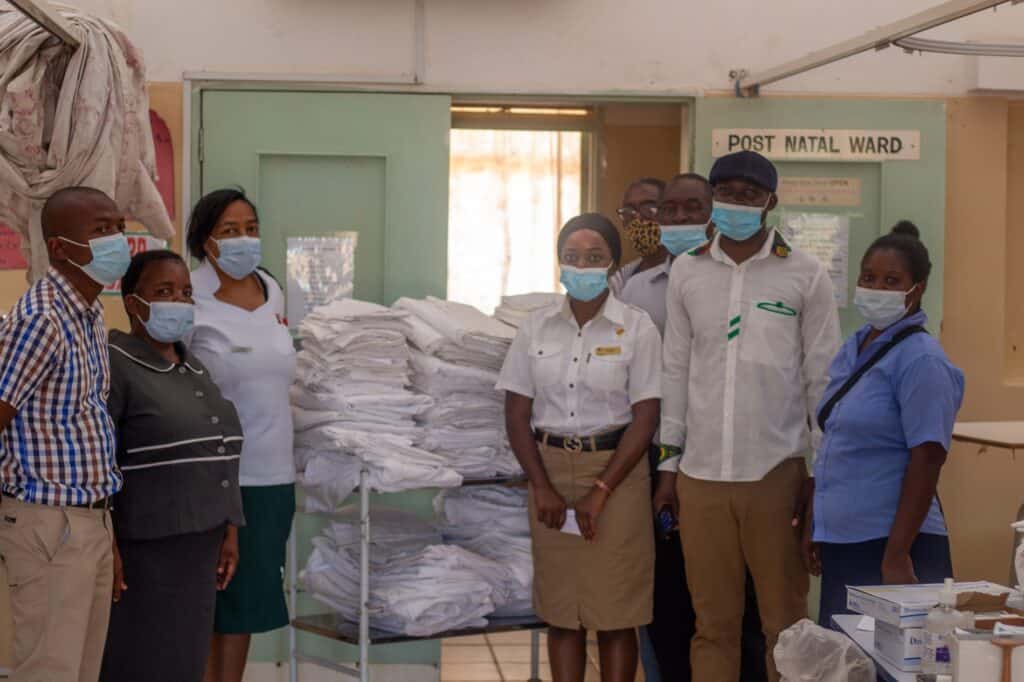