The History of Ilala Lodge Hotel

The History of Ilala Lodge Hotel

As we welcome guests to our newest Deluxe Wing this month, we feel the need to reminisce and recount our humble journey from a 14-room boutique hotel to a luxury hotel with 73 rooms, in less than three decades.

Our strong family values and vision have not changed from when the doors first opened in 1991. We pride ourselves on being a family run hotel and having a tight-knit team of which there are seven people who have been with us for over 20 years – an amazing feat in itself.

We look forward to welcoming visitors from all over the world to share this little piece of paradise and to show them the awe-inspiring Victoria Falls, located only 936 steps away from the hotel.

The history of Ilala Lodge Hotel is an interesting one and we would like to take you back to the very beginning.

The Birth of Ilala Lodge Hotel

It all began when Strath Brown, a well-known entrepreneur in Zimbabwe, decided he wanted to build a bar and restaurant with business partner, Rob Gee. The plan quickly evolved however, when Dr. Bernard Chidzero, the minister of Finance at the time, passed a document stating that anyone who wanted to promote tourism would be offered a 100% initial allowance as a tax incentive for hotel construction.

Their accountant at the time, John Knight, managed to persuade Strath and Rob that this was an opportunity they could not turn down and with that, a dream to sell beer for 40 cents, turned into creating a legacy of a hotel that will be passed down for generations.

The name of the hotel came about when Thelma Newmarch, their interior decorator, suggested Ilala Lodge, after the ilala palms that grow in the area, in addition to the word llala which translates from the Ndebele name for “lie down.”

It was quickly agreed that a 14-room hotel was to be built and in October 1989 they struck ground. Strath and Rob’s trusted architect, Richard Beattie, and interior designer, Thelma Newmarch, worked tirelessly with the builder Biffen, to create an inviting atmosphere that was the foundation for the success that the hotel still enjoys today. The rooms leading onto the sprawling lush lawns, the outside dining area with a view of the spray from the Falls, and the fan-shaped dining room were all intentionally added to the plans as they were favourite features from the hotels Beryl, Strath’s wife, had visited around Zimbabwe.

Strath and his son Keith, being invested financially and emotionally in the project got stuck into the actual building of the hotel, even thatching the roof themselves, with grass they brought up from their family farm in Darwendale.

Beryl was an avid and talented gardener, and established the appealing and attractive gardens that surrounds the hotel today. The unique Indian Laburnums, also known as the ‘Golden Tree’, are a part of Beryl’s contribution, and when in bloom, they light up the whole front of the hotel.

In 1991, the official opening ceremony was a resounding success and the local Chief, a highly respected member of the community of Victoria Falls, presided over the event. The Minister of Tourism, Herbert Murewa and other dignitaries were also in attendance. As tradition allows, the Chief blessed the hotel, signifying what was to be a great start.

The Vice-President at the time, Joshua Nkomo, had been invited as the guest of honour to attend the ceremony but unfortunately had to cancel at the last minute. A few months later however, Beryl found herself seated next to Joshua Nkomo, on an aircraft flying from Harare to Victoria Falls, where she confidently introduced herself and invited him to visit the hotel during his trip. A day later, as Beryl was tending to the front gardens of the hotel, the Vice-President appeared and greeted her by saying “You are my mother. I have come to see you.” He accepted her invitation for a tour of the hotel and they enjoyed a relaxing tea on the front lawn together!

In April 1991, Ilala Lodge welcomed its first guests to stay who were family friends of the Brown’s from Darwendale. It didn’t take long for word to spread and in those days, there were no cell phones or Google searches. Soon enough Ilala Lodge Hotel was on every tour operator and agents bucket list. As Strath writes in his autobiography: “All agreed that it would be worth sending their clients to Ilala”.

Keeping it in the Family

Family ownership and management of the hotel, has provided the continuity needed to ensure that the developments have kept the original charm and appeal, keeping guests coming back again and again.

A decade later, in 2001, Strath’s daughter, Laura Brown who was the General Manager at the time, oversaw the addition of a further 16 rooms which doubled the capacity of the hotel, bringing it to a total of 32 rooms.

In 2015, after almost another decade of success and growth in Victoria Falls, it was time to to build again. Another round of renovations took place which expanded the hotel to 56 rooms which included a section of Standard Rooms, Deluxe Rooms and Executive Suites. The renovations were overseen by Strath’s sons: Andrew and Jim and their wives Deidre and Gerry Brown. Andrew and Jim were involved in the building aspect while the ladies were involved in the décor and landscaping, following the original founders’ interests all those years ago. 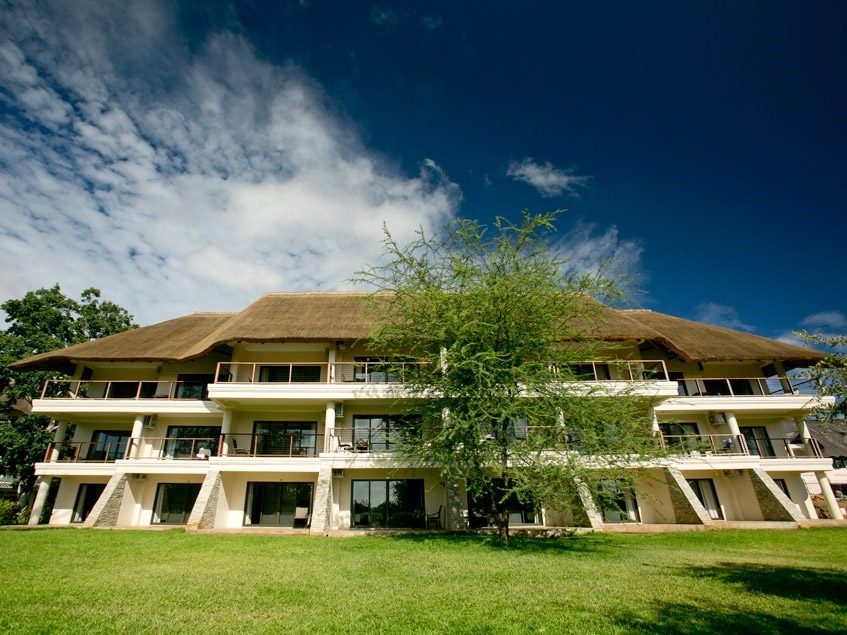 The latest addition to the hotel has been in the pipeline for a few years now, but due caution was necessary as tourism had declined over the past few years with the eco-political situation of the country. However, Jim, as his father had all those years ago, took a leap of faith and bought land in stages over the last eight years as he firmly believes in the future of the country. This faith has certainly paid off and according report, Victoria Falls has seen a 25% increase in tourism revenue since November 2017 and is projected to grow further.

Thanks to the enduring sunshine and an excellent construction and management team, the latest expansion of the Deluxe Wing of another sixteen luxurious rooms all facing the famous Victoria Falls, ran smoothly and right on schedule. Ilala Lodge Hotel officially welcomed guests on the 15th June 2018 to the new wing.

This latest room expansion takes the hotel to a total of 73 rooms, 124 friendly staff and 27 years of being a family-run hotel in Victoria Falls. To accommodate more guests, Ilala Lodge Hotel has also added on an all-new plunge pool as well as a new, modern poolside lounge which opened in 2019.

We could not be more pleased and we look forward to welcoming you to our very special hotel. 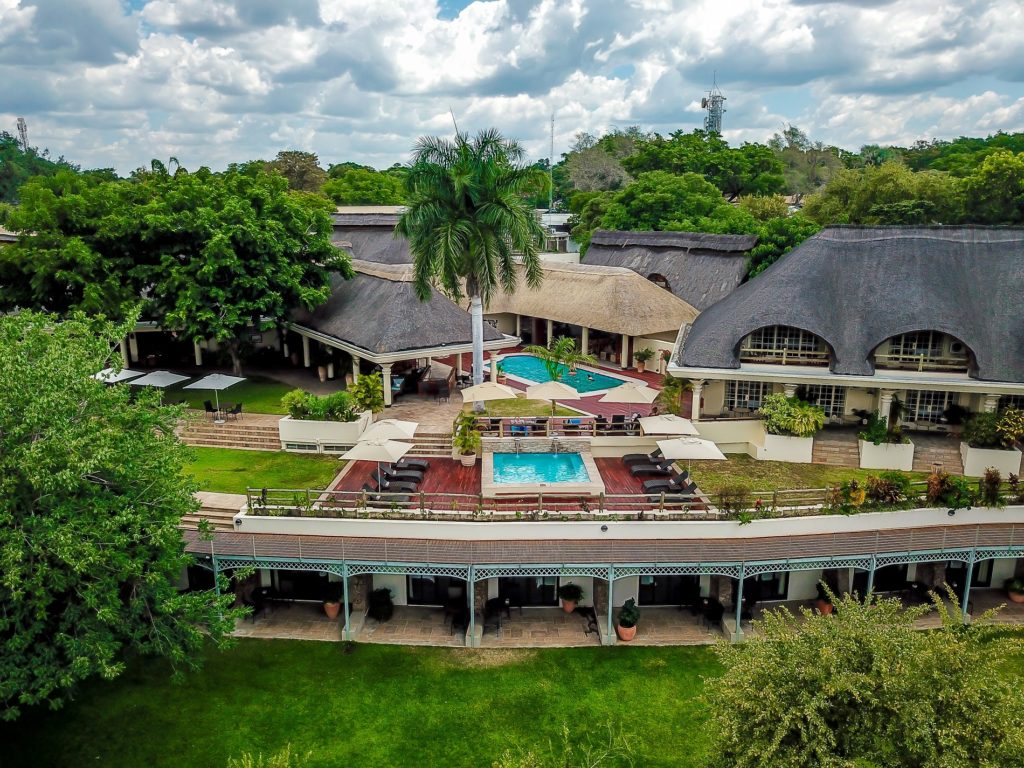