Cliff-Divers Tackle The Smoke That Thunders

Cliff-Divers Tackle The Smoke That Thunders

Last year, renowned cliff-divers Orlando Duque and Jonathan Paredes achieved the impossible – jumping 30m off the cliffs of the Batoka Gorge, in the shadow of the great Victoria Falls.

41-year-old Duque, holder of 13 cliff-diving world titles, and two Guinness World Records, is an iconic figurehead in the sport, with over 20 years’ experience. 26-year-old Paredes, winner of the Red Bull Cliff Diving World Series in Mostar last year, is one of the sport’s most technically proficient divers. The 30m plunge is Paredes highest accomplishment to date, while Duque had not dived from that height in almost 10 years. 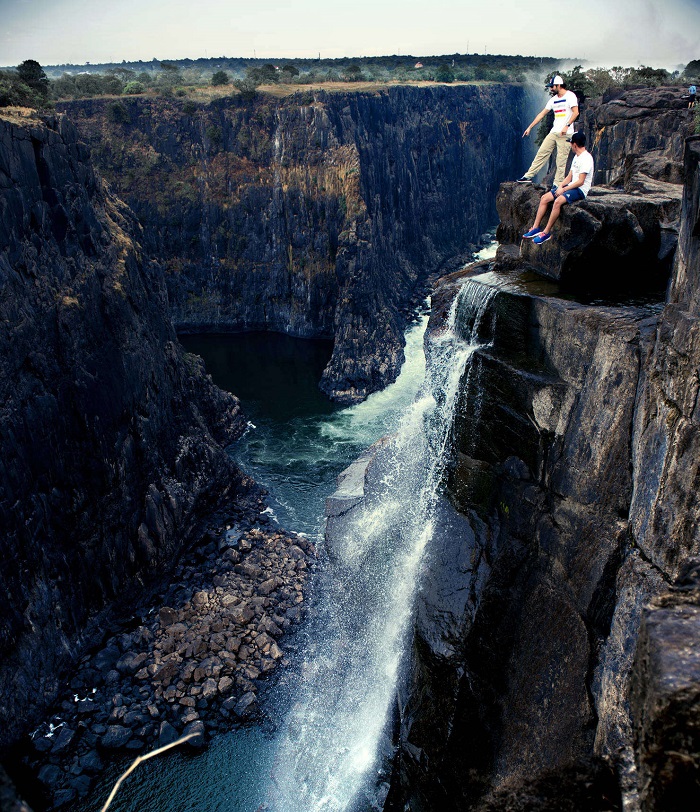 Setting aside risks such as concussion, bruised ribs, a fractures coccyx, and even death, the pair ascend a 35m-long ladder up the cliff, and launch themselves from a spray-soaked ledge into the depths the mighty Zambezi River below.

As Paredes’ mentor, and the more experienced of the two, Duque goes first. “I trust in my training,” he says. “I expect that if I have done all the preparation, things should work out. I cannot leave anything at all to luck or ritual. And it’s pretty cool that I can shut everything else out.”

After a slow, deep breath, Duque pushes off the cliff. Plummeting at a speed of 85kpm, three seconds later, he hits the surface of the Zambezi, plunging approximately 5m into the water. In the time it takes to draw breath, he bursts up again, slapping the water and shouting with joy.

Next up, it’s Paredes turn. Aside from the immense height, he has reservations about the slippery climb to the take-off spot. Before he leaves, his mentor tells him, “Just believe and trust in yourself. Forget about everything. It will be higher, but no worries, you can do it.”

With these words in his mind, he quickly follows suit, tucking his body into a somersault before plunging into the water feet-first.

And that’s that, buzzing with excitement and adrenalin, the two divers have conquered one of the Seven Natural Wonders of the World. Just as importantly, they have conquered their fears, and tested their own personal limits. With a quick tandem dive to wrap up the day, they leave the jump spot with a smile on their faces, and pride in their hearts. 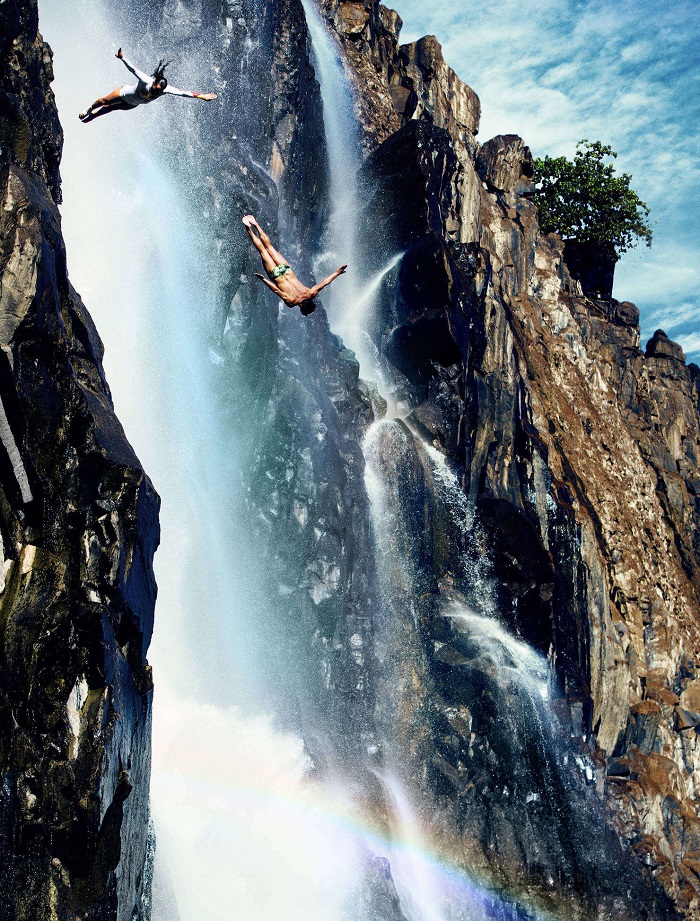 Witness the dives for yourself in the Smoke That Thunders Documentary on Red Bull TV: http://www.redbull.tv/video/AP-1MQ2USM7D1W11/1

To find out more about Victoria Falls, or to book your trip, don’t hesitate to contact Ilala Lodge on reservations@ilalalodge.co.zw or +263 (13) 44737.