South African Airways (SAA) made history at the start of this month, as the first airliner to land a 222-seater, wide-bodied aircraft at the newly upgraded Victoria Falls International Airport.

The SAA Airbus A330-200 touched down at Vic Falls International soon after midday on Wednesday 1st March, carrying 188 passengers to a welcoming crowd of tourism operators, hoteliers and government officials waiting on the ground. SAA country manager for Zimbabwe, Winnie Muchanyuka, said the landing was a testament of commitment by SAA to the Zimbabwean market. 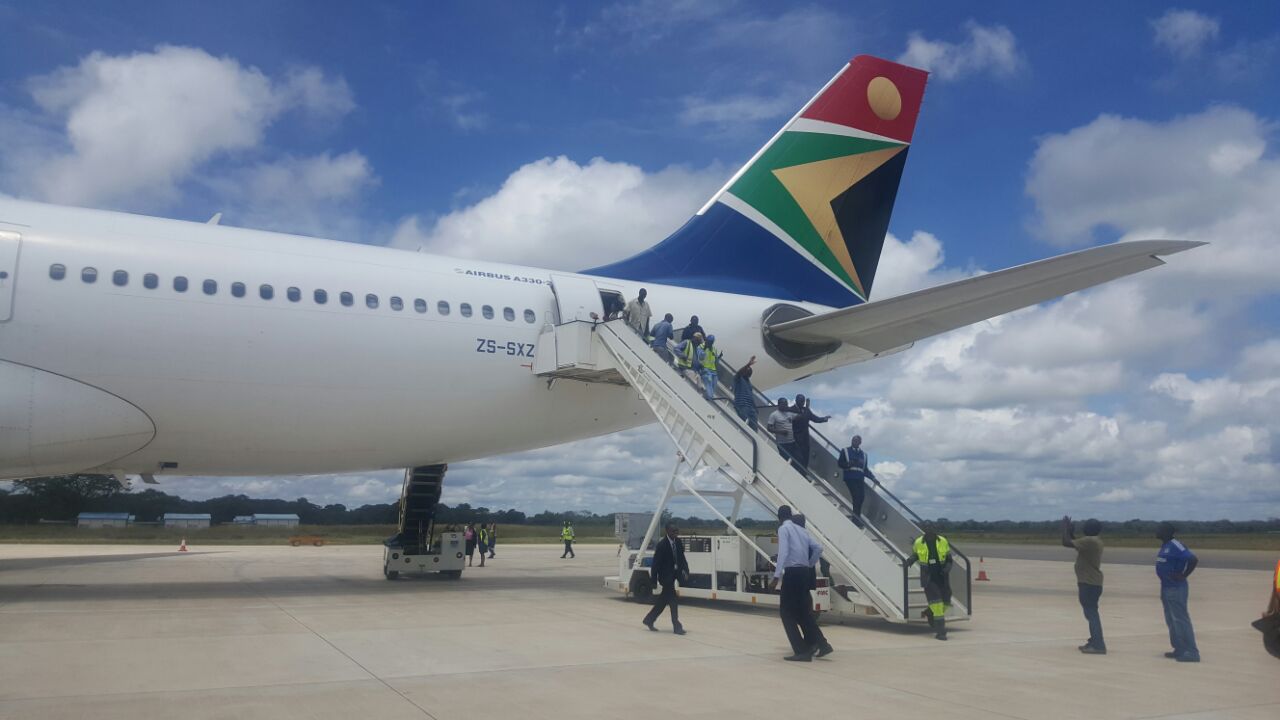 “This has been a long journey and launching the airbus is a dream come true which every airline manager would want to achieve. We are grateful to all in the tourism sector for the effort you all put,” she said, while addressing the crowd which gathered to welcome the airbus into Victoria Falls International.

The 222-seater aircraft beats the full daily capacity of previous aircrafts, which carry a maximum of 157 passengers daily. This is the biggest commercial aircraft ever to land in the Falls. 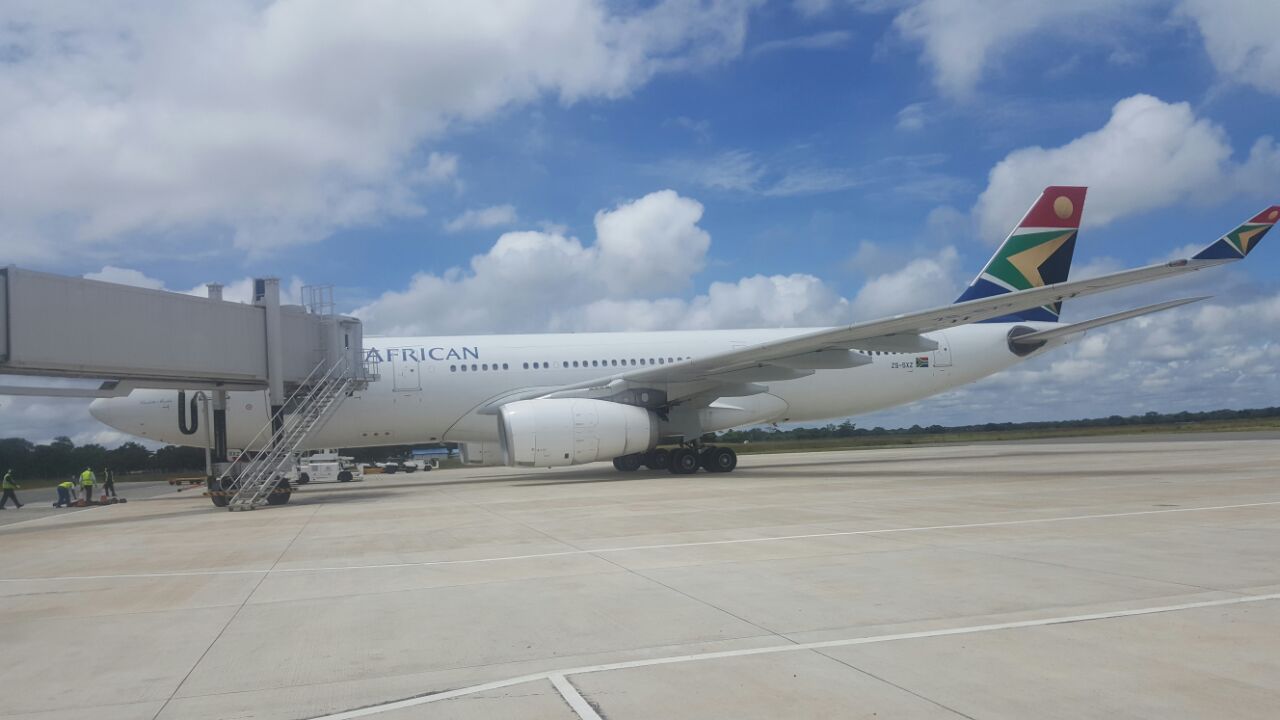 Despite rumours of a lengthy immigration process for passengers aboard the SAA flight from Johannesburg, for Zimbabwean tourism, the completion of the airport late last year and the landing of flight A330-200 looks like a positive step towards increased visitors numbers to the country and the potential to attract more airlines to Victoria Falls. The airport was upgraded in 2016 at a cost of $150 million and now features a 4km by 60m runway and associated taxiways, capable of landing long haul, wide-bodied aircraft such as SAA Airbus A330-200.

The new airport was built with support from China and is expected to turn Victoria Falls into a regional tourist hub in the future. The airport can now handle 1.5 million passengers per year – up from about 500,000 – and boasts new facilities such as extended parking, a new control tower, a new fire station and a new state of the art international passenger terminal and refurbished domestic terminal. 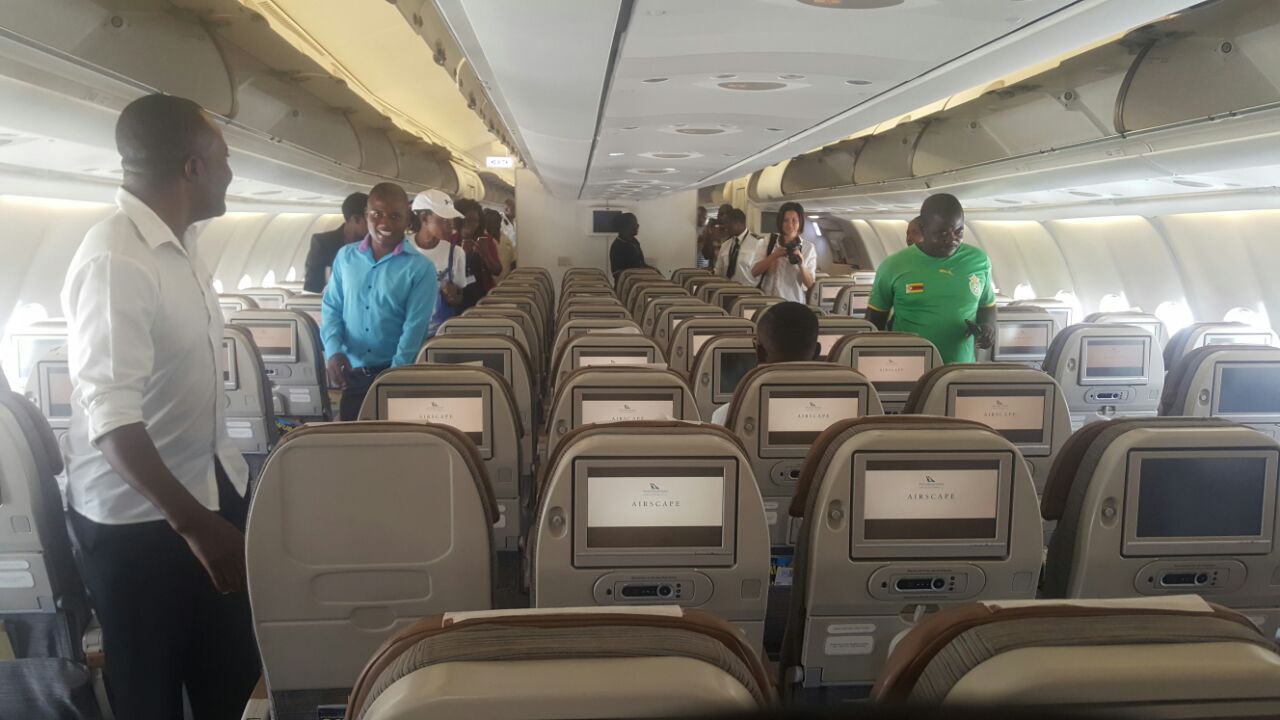 We hope the new improvements now mean more long haul flights will be arriving from around the globe in Victoria Falls and people from across the world will be joining us for a stay at Ilala Lodge. Let us know what your experiences were at the new Victoria Falls Airport on Facebook.