Over the years, we have had the pleasure of hosting many famous people at Ilala Lodge Hotel, and this month we welcomed  Celtic FC Goalkeeper, Craig Gordon and his girlfriend Summer Harl.  This was Craig’s very first time to Africa and Zimbabwe, and he was blown away by the beauty of our country, and of course, the smiles and hospitality of Zimbabweans.

When we heard that he wanted to come and stay with us, we suggested that we put on a community football event for the schools, as it is not often that someone of Craig’s athletic ability visits Victoria Falls. We were delighted when Craig agreed to put on a small coaching session as one of the #IlalaCares initiatives. On a sunny Saturday afternoon, over 40 children gathered at a local school for some football tricks and inspiration from a world-class footballer – children came from Victoria Falls Primary School, Chamabondo Church Of Christ; Victoria Falls, Zimbabwe, Baobab Primary School, Jacaranda Montessori – Victoria Falls and Chinotimba Victoria Falls, Zimbabwe.

The afternoon was a delight for both the children and Craig, and the highlight was a penalty shoot-out where the children, and the coaches, tried to get the ball past Craig. A few balls did manage to make it into the goal which resulted in the crowd erupting with cheers and giggles! Craig had donated some of his balls and kit, which were gratefully received by the children. Craig ended with an inspiring talk, asking the children to keep on practising and enjoying the game, and then there was a delicious football cake for all to enjoy!

Watch the video of the afternoon here. 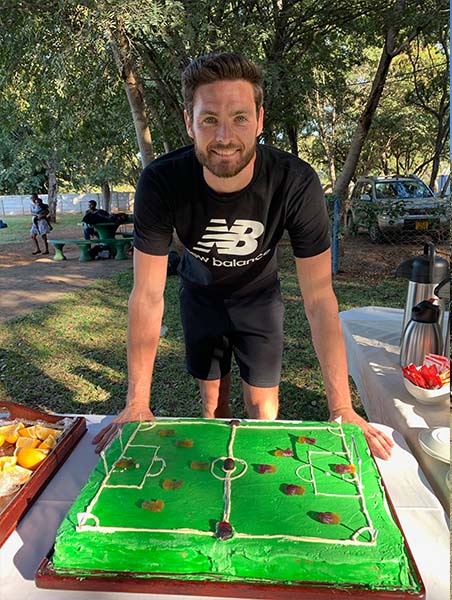 Last Minute Deal for You

Treat yourself to our 2-Night Delight package