One of the most important things to consider when planning a trip to Zimbabwe’s tourism capital is the best time of year to do so. There are three distinct seasons in Victoria Falls that determine the weather, amount of rainfall, and the amount of water coming over the Falls itself: High, Medium, and Low Water Season.

Unfortunately, it’s simply not fair to pick just one ultimate month or season of the year, due to the fact that each season caters to different tastes and preferences. However, to help you fully appreciate its beauty and attractions, and make up your own mind, we’ve put together a guide to the best time to visit Victoria Falls.

The summer rains in Zimbabwe fall between November and April annually, with the peak of the rainy season occurring in January. Following this refreshing summer rainfall, the volume of water cascading over the Falls is at its greatest. As a result, the spray from Victoria Falls is so thick that it literally rains upwards! While this makes for a magical walk through the iconic Rain Forest, the dense spray often blocks one’s view of the Falls itself almost entirely. 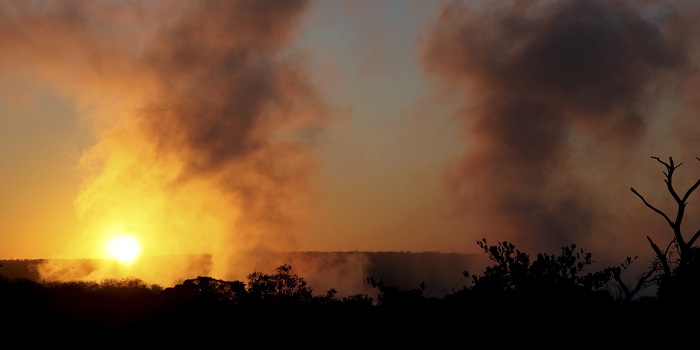 What’s more, at this time of year, the Victoria Falls truly lives up to its local name – Mosi-oi-Tunya – or ‘the smoke that thunders’; it’s mighty roar can be heard from kilometres away.

During the High Water Season, hot days and warm nights are often interrupted by brief, yet spectacular, thunderstorms that light up the sky and provide sustenance to the land and wildlife!

In terms of activities, this is not an ideal time to attempt white water rafting as the water levels are often too high to allow for an enjoyable experience. Swimming Devil’s Pool is also not available during this time of year, as the volume of water flowing over the Falls is at a dangerously high level.

The Low Water Season is a fantastic time to photograph Victoria Falls, as the cliff face is most exposed and this spectacular geographical formation is revealed for all to see. While the Rain Forest isn’t so rainy, the site itself is a lot less crowded, the skies are always clear, and the sun shines all day. 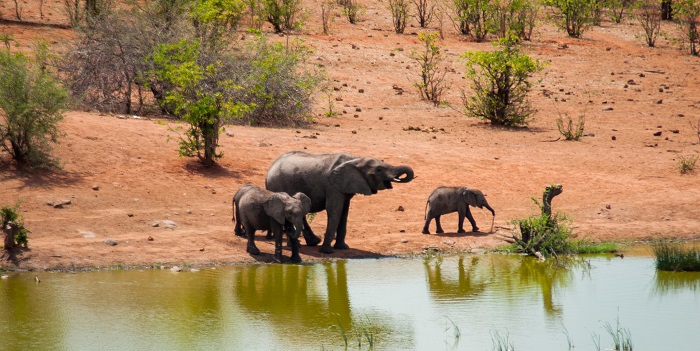 Low water levels mean that white water rafting experiences are at their best – the rapids are most vicious and challenging. Another way to get your heart pounding during this time is to take a dip in Devil’s Pool, right on the edge of the Falls.

As we’ve previously documented, October is the hottest time of the year in Zimbabwe, with daytime temperatures of 35°C and above. However, one of the biggest draws at this time of the year is the amazing game viewing. With wildlife congregating around waterholes and rivers due to the lack of rain, and vegetation a lot thinner, a wide variety of animals can be easily spotted on one of many game drives.

With the level of the Zambezi River neither too high, nor too low, the Medium to High Water Season is considered to be the best time of year to view the Victoria Falls. Large sections of the wide cliff face are exposed during this season, and often you can see all the way to the bottom of the Falls, and still enjoy a considerable amount of spray to keep things entertaining! 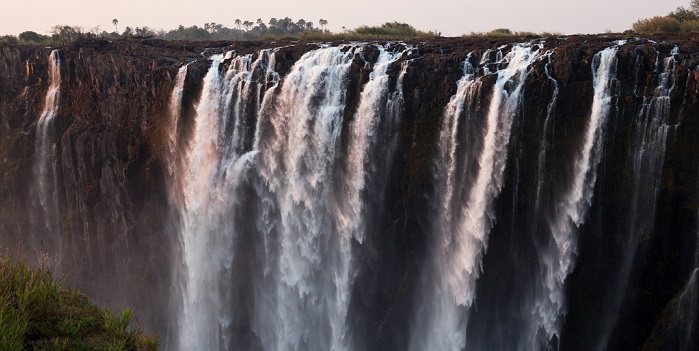 Zimbabwe’s version of winter falls between June and August – a mild affair which is often preferable to the extreme heat of summer. Boasting warm, sunny days and cool nights, this is one of the most pleasant seasons of the year. Remember to pack a few articles of warm clothing for those chilly evenings outdoors, though.

Almost all water-based Victoria Falls activities are available during the Medium to High Water Season, so take your pick from river-boarding and white water rafting, to canoe trails and Tiger Fishing.

All in all, while a trip to Victoria Falls is incredible at any time of the year, here at Ilala Lodge we suggest planning your holiday according to your specific tastes. Should you have any other questions about when to book your trip, simply email us at reservations@ilalalodge.co.zw, or give us a call on +263(13) 44737/8/9.